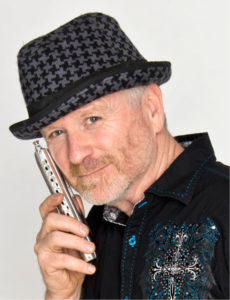 Larry grew up in Brampton Ontario, went to high school in Acton, and has been based in Orangeville Ontario – orangeville.ca – since 1983. After high school he studied radio, film and television in the Media Arts Program at Sheridan College.

In the summer he painted houses and did carpentry jobs. Larry decided to make woodworking his career and began by working at a custom furniture builder, a kitchen cabinet shop and a carpentry shop specializing in stairs and cabinets. He soon went to work for himself doing renovations. He always enjoyed working on old homes and buildings, but could never find the right trim and woodwork to match the original. In 1987 he purchased an old farmhouse on a 3 acre property on the edge of town where he could have a workshop. Larry’s architectural woodworking company Kurtz Millworks –  kurtzmillworks.com – opened in 1990. They specialize in reproducing woodwork in exact matches to the original from over 100 years ago. The shop produces Victorian gingerbread trim, doors, mouldings , mantels and cabinet plus many custom projects. 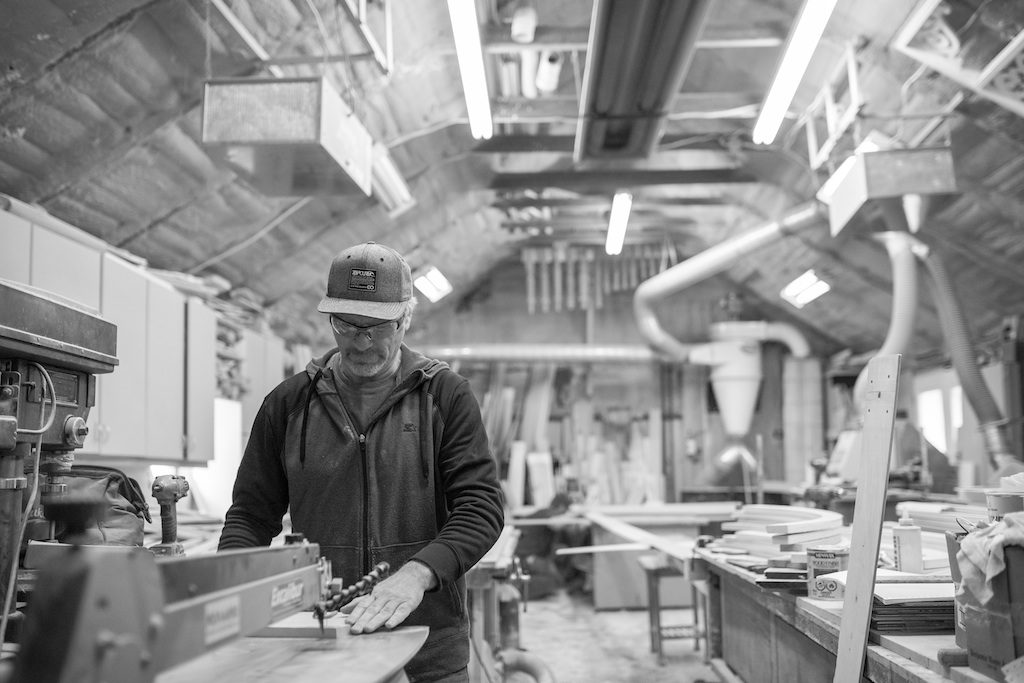 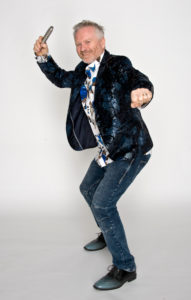 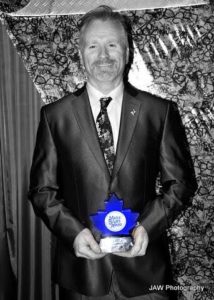 Larry grew up singing in the church. At the age of 10, he sang by himself, solo acapella for Easter Sunday service.   At the age of 15, he heard Little Walter on the radio and was mesmerized by the sound of the harmonica. He purchased a harp and it became a journey to learn to play this simple but mighty instrument. He sang in a couple of bands in high school and made extra money by running his own music DJ service for dances and parties. When Larry had a young family, music took a back burner. Later on he would return to it for pure fun. He began jamming with friends and soon met some great players. He formed a blues band called Trouble & Strife  store.cdbaby.com/cd/troublestrife  with guitarist Bruce Ley bruceley.bandcamp.com. They played their first gig at The Old Train Station in downtown Orangeville in 1998. In 2002 Larry joined a great 8 pc band, Wayne Buttery & The Groove Project and played some really fun festivals, clubs and even boat cruises with them for 2 1/2 years. By 1995 Trouble & Strife went into Metalworks Studio and recorded their debut self titled Cd featuring 10 original songs. The CD was played on over 180 radio stations world wide. The band were finalists in the 2006 Toronto Blues Society Talent search and nominated for Best New artist at the 2006 Maple Blues Awards. In 2007 Trouble & Strife won the Favourite Blues Artist/Band of the Year at the Canadian Independent Music Awards. Over the years Trouble & Strife has played  hundreds of shows including festivals, clubs, parties and special events. As the years went on, band members had many commitments and so Larry decided to form his own band to play gigs when Trouble & Strife was not available.  Larry Kurtz & The Lawbreakers includes James Legere on guitar, Sam Carothers on Bass and Charlie Coolie on drums. As a solo artist, he plays with various players in duo and band situations and also does guest spots with other bands. 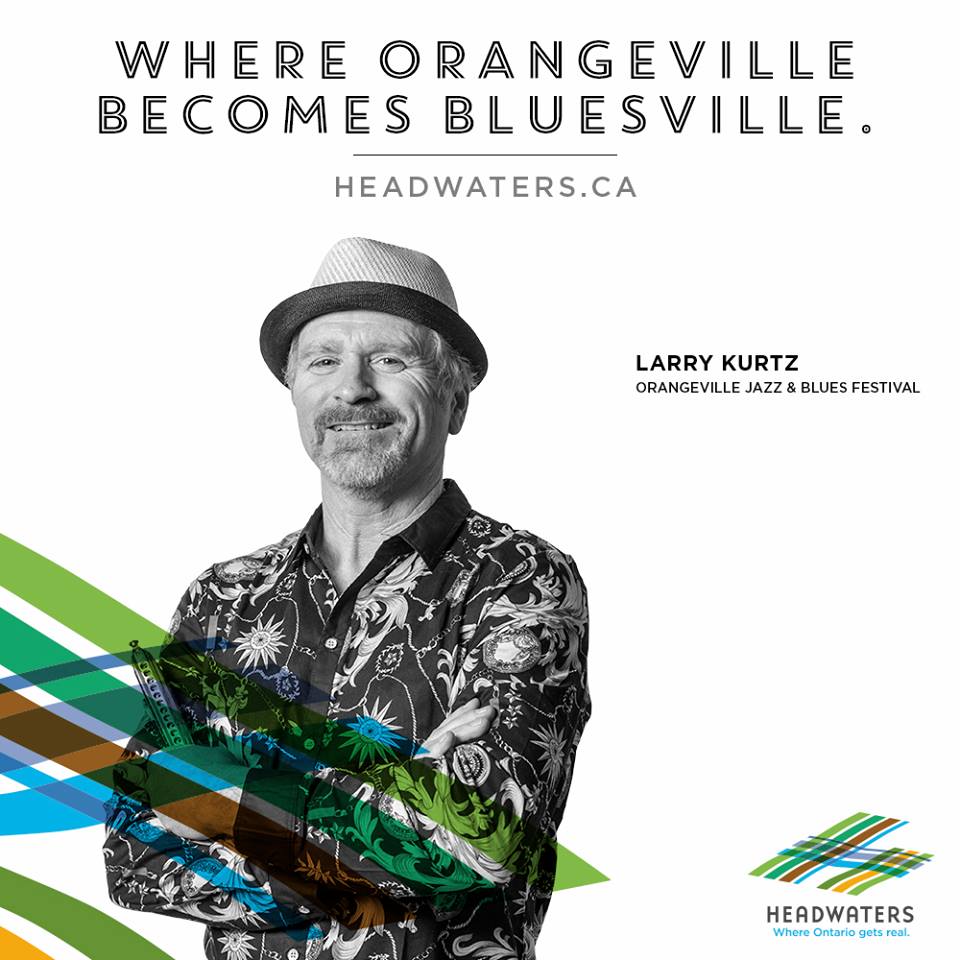 ORANGEVILLE BLUES & JAZZ FESTIVAL
Larry and his wife Norma were always going to to Toronto to see live music. Back in 1999 he thought, wouldn’t it be great to bring some of those bands to play in Orangeville? He co-presented a concert in Orangeville at the old Mad Hatter Pub with his friend Andrew Kempa. They booked legendary Muddy Waters drummer, Willie ‘Big Eyes Smith & The Northern Blues Legends, including Jack DeKeyzer, Al Lerman [who Larry studied blues harmonica with]  and Shane Scott. It was a complete sellout and he was very encouraged to do more. Over the next few years he ran a series of shows with Downchild Blues Band, Fathead, Kenny Blues Boss Wayne, Jack DeKeyzer, Michael Pickett and Tony D Band. Larry began planning a full blown blues festival using some of the best ideas he had experienced at the many other festivals they were attending. Over a 9 month period he began to try to get sponsorships, permits and taking the plunge to hire bands. On the first weekend in June 2003 the first annual Orangeville Blues & Jazz Festival took place with a volunteer crew of 5 people! There were 5 restaurants with live music, and a free concert featuring 7 bands in the park behind Orangeville Town Hall. It went very well and the Orangeville Blues & Jazz Festival  was off and running! To date the festival has been named one of the top 100 Festivals & Events in Ontario 7 times – www.festivalsandeventsontario.ca/members/top-100.  It has an attendance of 35,000 people per year, 200 volunteers, and brings in 1.5 million dollars in economic activity for the town and region. Larry continues to be the Artistic Director and the face of the festival. He is prominent in the Canadian music and arts scene having served as judge for the Juno Awards 3 times and is a long time member of the Maple Blues Awards nominating comittee. In 2016 Larry was named the Blues Booster of the Year at the Maple Blues Awards in Korner Hall in Toronto www.mapleblues.ca. This is a national award of which he was very proud to receive. Larry is also pleased to be an ambassador for the Headwaters Region headwaters.ca/real-headwaters/qanda/larry-kurtz/ helping bring attention to Orangeville and surrounding areas as a great tourism destination. 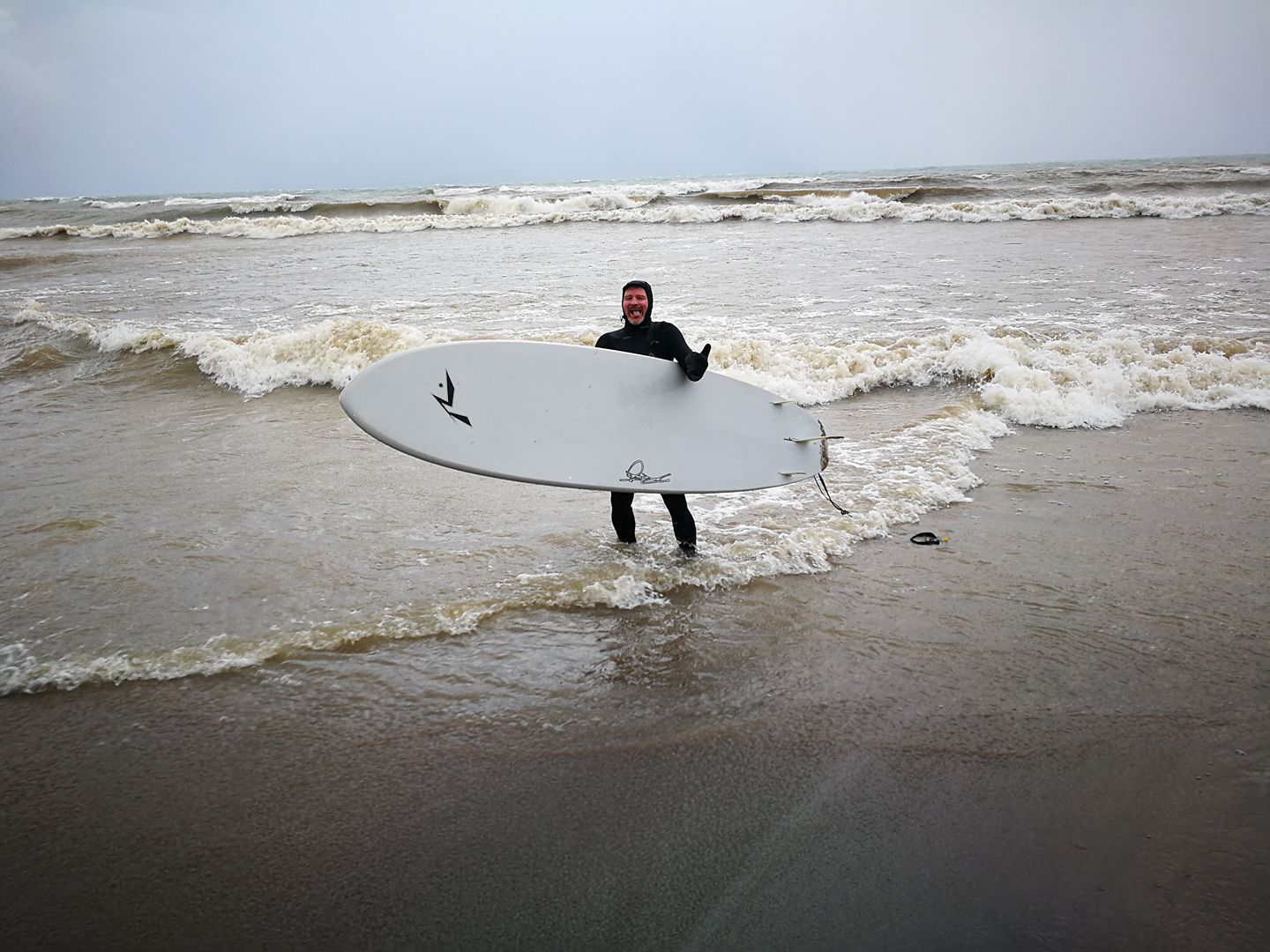 OTHER ACTIVITIES Larry enjoys are…
Painting portraits of musicians [see his paintings on this website], Larry is a passionate waterman who does Stand Up Paddle Boarding & Surfing on the Great Lakes [ even in the winter!] Windsurfing, Sailing, playing Hockey and enjoying family time with his wife Norma and their 4 children and 5 grand kids.

Artists Larry Has Played Gigs With

Recordings Larry Has Appeared On 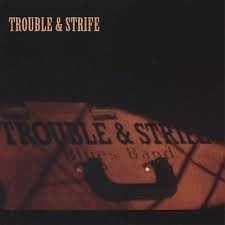 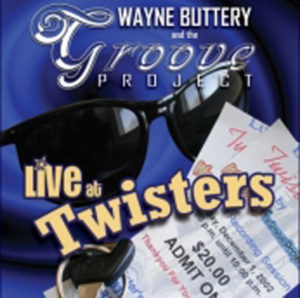 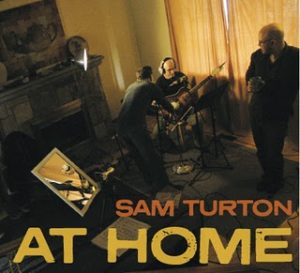 Devil At Your Back Door – Jeff Campbell 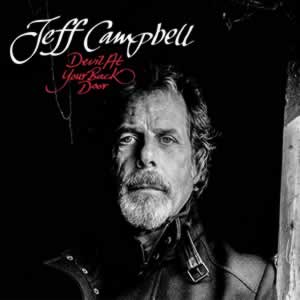 The Peacock, The Deer And The Moon – Bruce Ley 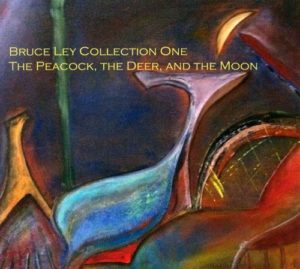 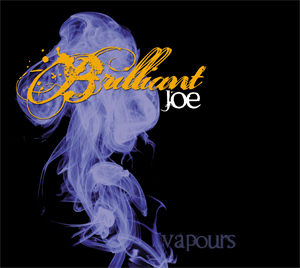 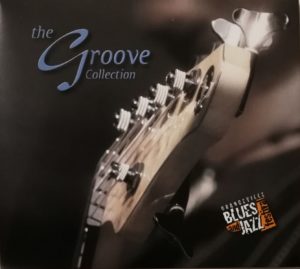